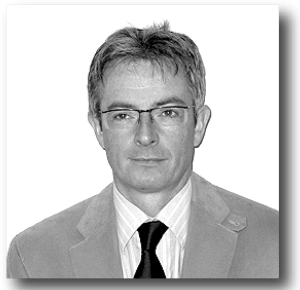 Dave has been trained as both a Graphologist and a Document Examiner.

He holds a Diploma in Forensic Graphology from the Cambridge School of Graphology and a Certificate in Questioned Handwriting and Document Examination.

He also holds a Bachelor of Science degree in Electronic Engineering from Loughborough University of Technology and a Diploma in Industrial Studies.

Dave has worked on over 500 questioned document cases and has submitted over 110 expert witness reports to numerous courts, tribunals and committees in Ireland.

He has given evidence on multiple occasions in the Irish High Court, Circuit Court and Employment Appeals Tribunals.

The bulk of his casework has been in Ireland although he has also worked on cases in the UK, USA, France, Lithuania, Russia and Iceland.

He is a member of the UK Chartered Society of Forensic Sciences and the Scientific Association of Forensic Examiners (SAFE).

Dave completed Expert Witness training relevant to the Irish legal system in 2013. He participated in the Irish Law Reform Commission Round Table on Expert Evidence in 2016. He is also a guest lecturer in Forensic Science at GMIT, Galway.

We use cookies to ensure that we give you the best experience on our website. If you continue to use this site we will assume that you are happy with it.OkRead more